Saint Francis Began A Lay Movement Within The Catholic Church 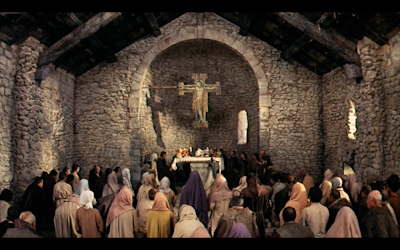 "Once when blessed Dominic and blessed Francis were together in the presence of the Lord Cardinal of Ostia, who later became Pope, Francis said to the Cardinal, "My Lord, my friars have already been raised to a noble state if they will only realize it; and so far as I am able, I will never permit them to obtain any shadow of dignity." Francis then bowed low to the Cardinal and said, "My Lord, my friars are called Minors so that they may not presume to become greater. Their vocation teaches them to remain in a humble place, and to follow in the footsteps of Christ's humility, so that by this means they may at last be exalted above others in the eyes of the Saints."
Saint Francis of Assisi
Mirror of Perfection - 43
T
Posted by Chris Dickson, F.L.A. at 3:50 PM