Receiving The Food Which Is God Himsel 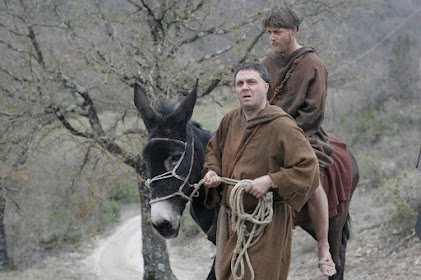 One day it was raining heavily, and he was riding because of his infirmity and pressing need. And although he was already drenched to the skin, he dismounted from the horse when he wished to say the Hours, and said the Office standing in the road with the rain pouring down on him, as though he had been in a church or cell. And he said to his companion, 'If the body likes to take food in peace and ease, although it becomes food for worms, how much greater should be the soul's reverence and devotion when it receives the food which is God Himself.'
Saint Francis of Assisi
Mirror of Perfection - 94
T
Posted by Chris Dickson, F.L.A. at 7:34 AM