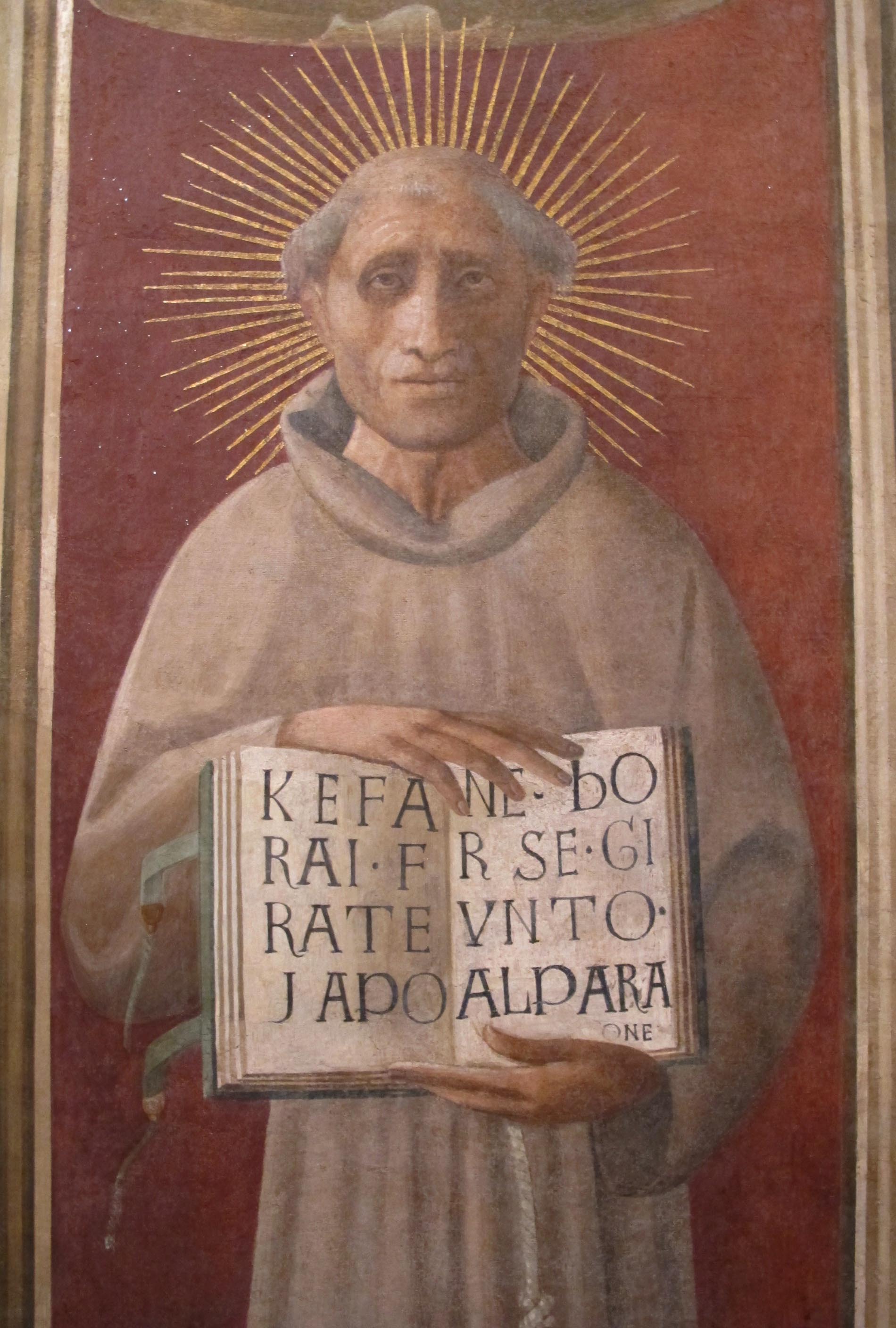 Jacopone ("Crazy Jim") da Todi was admitted into the Franciscan Order in 1278 A.D. He chose to live as a lay brother. By this time, two broad factions had arisen in the Franciscan Order, one with a more lenient, less mystical attitude and one being more severe, preaching absolute poverty and penitence (known as the "Spirituals" or Fraticelli). Jacopone was connected with the latter group.

The Latin poem Stabat Mater Dolorosa is generally attributed to Jacopone, although this has been disputed. It is a fine example of religious lyric in the Franciscan tradition (SEE YOUTUBE BELOW). It was inserted into the Roman Missal and Breviary in 1727 for the Feast of the Seven Sorrows of the Blessed Virgin Mary, celebrated on the Friday before Good Friday. Following changes by Pope Pius XII, it now appears on the Feast of Our Lady's Sorrows celebrated on 15 September. Many composers have set it to music.
Jacopone was steadfast in condemning corruption, especially through his satirical Italian poems. Jacopone would not recant his position on the requirement of ascetic poverty, believing that the mainstream Church had become corrupt and that its ministers were not interested in the welfare of the poor. (Much like today's ultra-modern Church's approach to Environmentalism rather than seeing the need to preach the Gospel and to save lost souls).