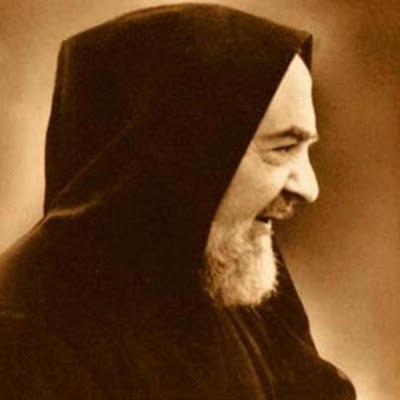 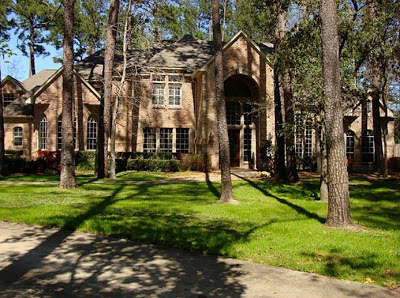 (Sounds all too familiar, doesn't it, my brothers and sisters?)

The brothers began at last to fawn upon men of the world; and they began to be wedded to them, as it were, that they might empty their purses, extend their own buildings, and multiply the very things they had completely renounced. They sold their words of advice to the rich and their visits to noble ladies; and they frequented the courts of kings and princes with great eagerness, so that they might join house to house and field to field. And they are grown great and rich and strong upon the earth, because they have proceeded from evil to evil and they have not known the Lord. They fell when they were lifted up, and they sprawled upon the ground before their birth; and still they say to me, 'We are your friends.' 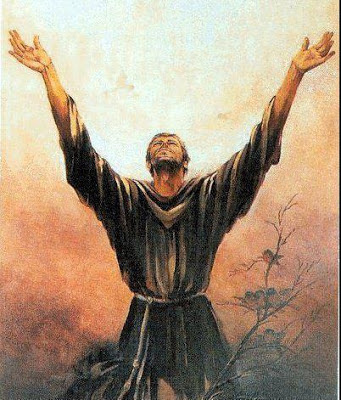 In his love for true humility, St. Francis devoted himself to the lepers and lived with them, waiting on them all, for the love of God. He washed their feet and bound up their sores, drawing off the puss and wiping them clean. He was extraordinarily devoted to them and kissed their wounds, he who was soon to play a part of the worthy Good Samaritan in the Gospel. As a reward, God endowed him with such power to heal that his influence over ills of soul and body were miraculous. ~ Bonaventure, Major Life

Blessed Are The Clean Of Heart 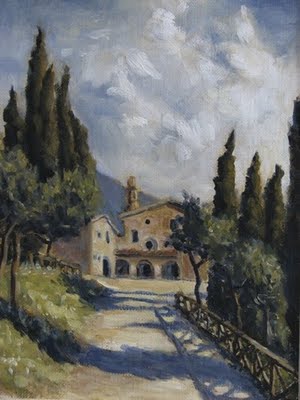 When Visted By God In Prayer 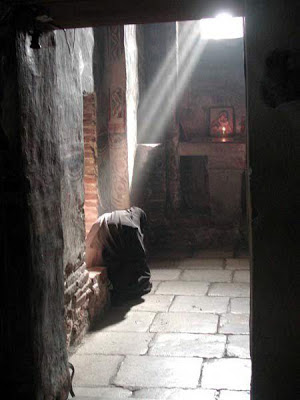 "If anyone is visited by God in his prayer, he should say, 'Lord, you have sent this comfort from heaven even though I am a sinner and unworthy, and I entrust it to your keeping because I know that I only steal your treasures.' When you leave his prayer, such a person should seem as much a sinner and worthy of contempt as if he had received no new favor." ~ Bonaventure, Major Life 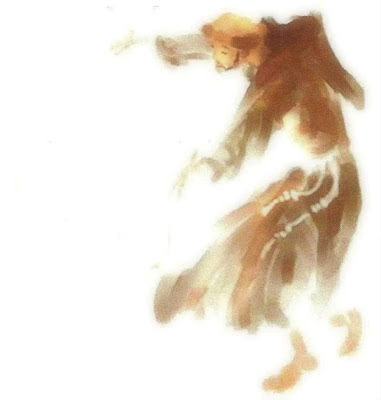 "Francis built the Order of Friars Minor on deep humility. That is why, from the very beginning, when the brothers began to multiply, he made it clear that they were to live in lazarets to serve the lepers." ~ Legend of Perugia 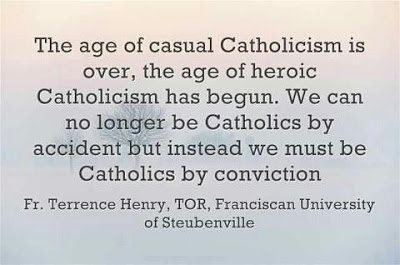 Pray To God For Our Persecutors 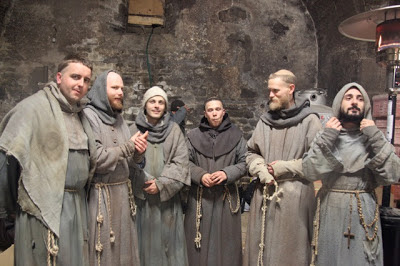 The brothers suffered all this, hunger, thirst, cold, nakedness, and many immense tribulations, firmly and patiently, as St. Francis had bidden them. They were not dejected, they never cursed their tormentors; but like men whose faces are set to a great reward they exulted in tribulations and joyfully prayed to God for their persecutors. ~ Legend of the Three Companions 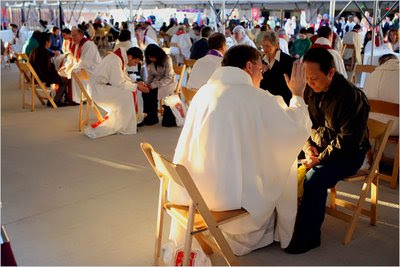 "To the honor and glory of Almighty God, hear the truth I announce to you. If every one of you confesses his sins and brings forth fruits befitting repentance, I give you my word that every pestilence will depart and the Lord, looking kindly upon you, will grant you an increase of temporal goods. But hear this also; again I announce to you that if you are ungrateful for his gifts and return to your vomit, the plague will be renewed, your punishment will be doubled, and even greater wrath will be let loose against you." 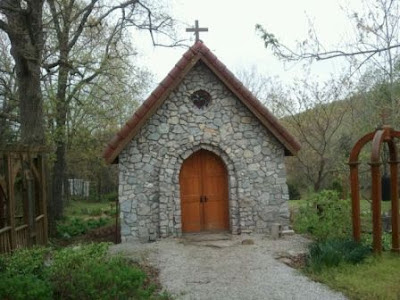 
Francis also told the friars to build their houses small and their cells of wood, not of stone, and he wanted them built in a humble style. He abhorred pretentious buildings, and disliked superfluous or elaborate appointments. He wished nothing about their tables or appointments to appear worldly or to remind them of the world, so that everything should proclaim their poverty and remind them that they were pilgrims and exiles.

Please prayerfully consider a one-time gift of $5.00 or $10.00 to help us build our little Portiuncula Chapel.

Thy Will Be Done 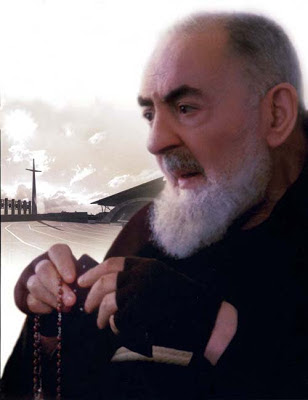 Frequently repeat the divine words of our dear Master, "Thy will be done on earth as it is in heaven!" ~ Saint Padre Pio

Three Qualities That Prevent Our Being Evil 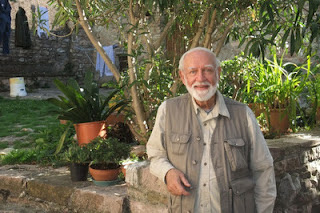 If you possess these three qualities, you cannot be evil: first, if, for God's sake, you bear in peace all tribulation that comes your way; second, if you humble yourself in everything you do and receive,; third, if you love faithfully those things that cannot be seen with fleshly eyes. ~ From: Francis the Journey and the Dream

In The Quiet, Think of Nothing More Than Christ 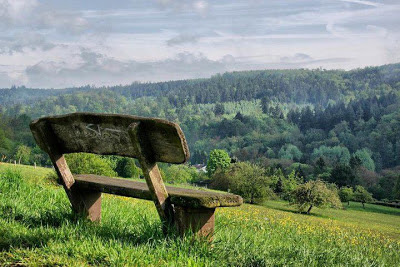 In the Quiet, everything is simpler and we confront our own silence there as we all must do from time to time. But...we should never be inclined to wallow in a morbid concentration of ourselves, even when alone in the Quiet. Instead, we should be thinking of nothing more than Christ.

Without Prayer True Love Is Impossible 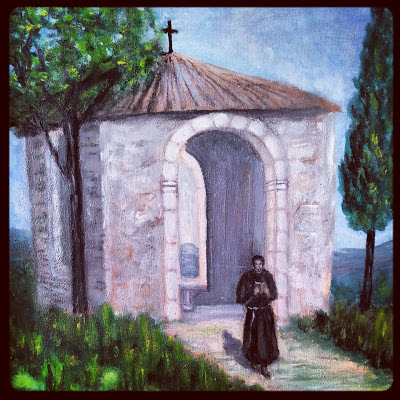 We must get to know the tension between the vertical ascent to God and the horizontal journey of love, reaching out to all the people on earth. We know that without prayer true love is impossible, and we learn from living that without love prayer becomes self-centered and barren.

This is what my whole heart desires to accomplish! 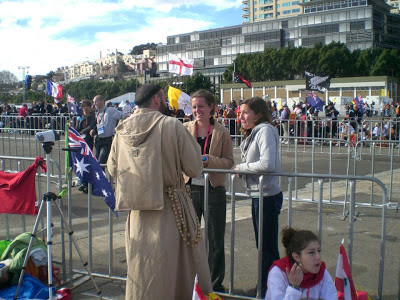 Until the work of restoring the church of Saint Damian was completed, blessed Francis still wore the garments of a hermit with a strap to serve as a belt, and he carried a staff and had sandals on his feet. Then, one day during the celebration of Mass he heard the words in which Christ bade his disciples go out and preach, carrying neither gold nor silver, nor haversack for the journey, without staff, bread, or shoes, and having no second garment. After listening to the priest's explanation of these words of the Gospel, full of unspeakable joy, he exclaimed: "This is what my whole heart desires to accomplish!" ~ Legend of the Three Companions 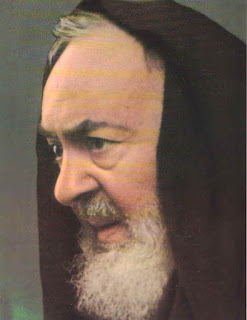 "The cross will never oppress you; its weight might cause you to stagger, but its strength will sustain you." ~ Saint Padre Pio 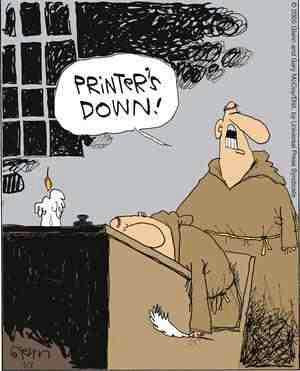 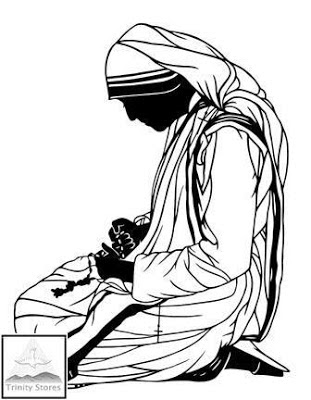 "Let us take the trouble to learn the lesson of holiness from Jesus, whose heart was meek and humble. The first lesson from this heart is an examination of conscience, and the rest - love of service - follow at once!" ~ Madre Teresa of Calcutta 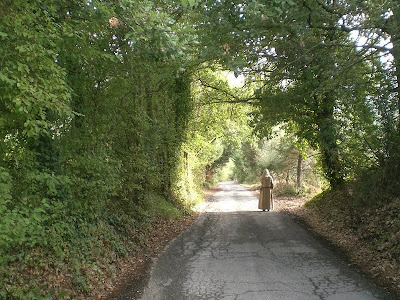 "Abandon yourself totally in the arms of the divine goodness of the heavenly Father and do not fear, because your fear would be more ridiculous than that of a child in his mother's womb." ~ Saint Padre Pio
T
Posted by Chris Dickson, F.L.A. at 2:19 PM No comments:

Monks Point To The Heart Of Things 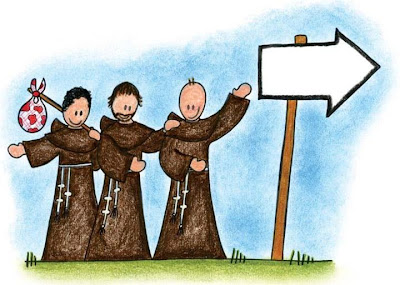 Benedict XVI says the vocation of monasteries is to point the world toward what is essential in life: seeking Christ and putting nothing before his love.

The Pope affirmed this today when he received in audience representatives of the Congregation for Institutes of Consecrated Life and Societies of Apostolic Life, which is celebrating its 100th anniversary this year. Their three-day assembly concluded today.

Referring to the theme of the assembly, "Monastic Life and Its Significance in the Church and the World Today," the Holy Father said the theme was "particularly dear," as he took for his Petrine ministry the name of St. Benedict, founder of Western monasticism.

Monasteries, "seeking Christ and fixing their gaze on eternal realities," the Pontiff explained, "become spiritual oases that indicate to humanity the absolute primacy of God, through the continual adoration of this mysterious, but real, divine presence in the world, and the fraternal communion lived in the new commandment of love and mutual service."

Benedict XVI invited cloistered monks to "live the Gospel in a radical way deeply cultivating the spousal union with Christ" in awaiting the "glorious manifestation of the Savior."

If the vocation is thus lived, he continued, "then monasticism can comprise for all forms of religious and consecrated life a remembrance of what is essential and what has primacy in the life of every baptized person: seeking Christ and putting nothing before his love."

The Pope added that monasteries "should be ever more oases of ascetic life," where knowledge of Scripture is cultivated.

"It is from this prayerful listening to the Word," he said, "that silent prayer is raised up in monasteries, which become a testimony for those who are welcomed as if it was Christ himself in these places of peace."
T
Posted by Chris Dickson, F.L.A. at 2:14 PM No comments: