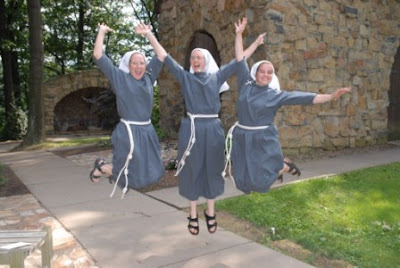 Francis declared that if the servant of God strove to possess and preserve interior and external spiritual joy, which proceeds from purity of heart, the devils could do him no harm, but would be forced to admit: "Since this servant of God preserves his joy in tribulation as well as in prosperity, we can find no way to harm his soul."

Why Do Catholic Women Wear The Mantilla? 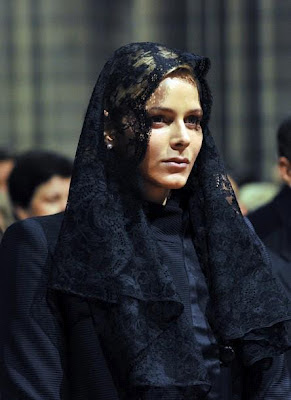 Rejecting the “culture of cool”

On any given Sunday at any Catholic church in the US, UK, Canada, Australia or New Zealand, one is likely to see women and girls dressed in halter-necks, strapless dresses, shorts, super-tight jeans, and mini-skirts. Depending on the weather, one might also find flip-flops or ugg boots. In our parish, the extraordinary mi nisters sometimes choose to hand out communion in their sneakers, velour tracksuits and the occasional fanny-pack.

The reason we no longer dress well for mass is the same reason that 90% of US Catholics don’t bother to show up for mass at all: it just isn’t that important to us anymore.

Making an effort for love of God

Dressing well for mass is an external manifestation of the belithat what we are doing is important: its says that we care. It is representative of the respect we have for the other members of our parish. More importantly, however, it is also a sign of our respect for God in the Blessed Sacrament.

The same reasoning applies to the mantilla. It isn’t mandatory for us to veil. But we can if we want to. This applies to the novus ordo as much as it does to the extraordinary form. And if we truly believe that Christ is actually present before us in the Eucharist, then why wouldn’t we?

The importance of external acts of faith

External acts can orient as well as express our inner thoughts and disposition. This is why our mass (in both forms) is so rich in ritual and posture. These “externals” help keep our minds where they should be - on the mass and on Our Lord in the Eucharist. Veiling can do the same.

Ask yourself, why it is that brides still wear veils on their wedding day? One reason is that the veil indicates the solemnity of the occasion. It is a reminder that - for her - this day is unlike any other. It is also a physical sign of the gift of self that she intends to make through the Sacrament of Marriage. Both of these reasons (whether conscious or not) transform the bride’s veiling from being purely about the aesthetics into something else. Although she is the center of attention, her choice of garment, color and veil sends a message to those around her: “when you look at me and see my veil, remember that I am here to participate in something greater and bigger than myself.”

Some women choose to veil in church for the same reasons. The veil is a reminder that this place and moment in time is unlike any other and should be observed as such. It is also a sign of the spiritual gift of self that the woman intends to make to Our Lord during the mass and as she prays before the tabernacle.

In imitation of Mary

Other women choose to veil in imitation of the Blessed Virgin. They seek to follow her example of humility, modesty and purity - as well as the Jewish custom of covering one’s head - when they are near our Lord in the Tabernacle.

Why do I veil?

Communion On The Tongue: It's What The Pope Wants 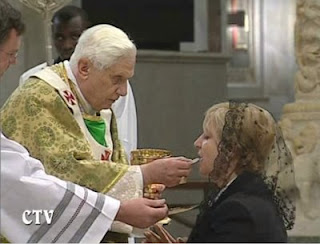 Cardinal Antonio Canizares Llovera, whom Pope Benedict appointed last Tuesday as prefect of the Congregation for Divine Worship and the Discipline of the Sacraments, has praised the traditional manner of receiving Holy Communion. The comments, which were made during a telephone interview, were published Sunday in a Madrid newspaper.

During the interview, in which Cardinal Canizares Llovera is characterized as a man who combines commitment to principle with “exquisite tact and gentleness,” the prefect said, “What does it mean to receive Communion in the mouth? What does it mean to kneel before the Most Holy Sacrament? What does it mean to kneel during the consecration at Mass? It means adoration, it means recognizing the real presence of Jesus Christ in the Eucharist; it means respect and an attitude of faith of a man who prostrates before God because he knows that everything comes from Him, and we feel speechless, dumbfounded, before the wondrousness, His goodness, and His mercy. That is why it is not the same to place the hand, and to receive Communion in any fashion, than doing it in a respectful way; it is not the same to receive Communion kneeling or standing up, because all these signs indicate a profound meaning. What we have to grasp is that profound attitude of the man who prostrates himself before God, and that is what the Pope wants.” 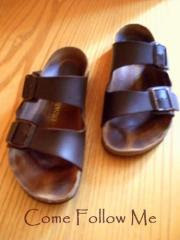 A New Kind Of Fool! 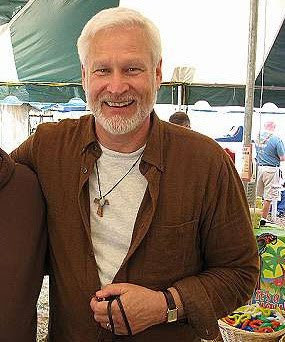 The Lord has called me into the way of simplicity and humility, and he has indeed made this way known through me and through all who choose to believe me and follow me. So I prefer you not talk about any other Rule, whether St. Benedict's, or St. Augustine's, or St. Bernard's, nor recommend any other ideal or manner of life than that which the Lord in his mercy has revealed and given to me. He told me I am to be a new kind of fool in this world.

Cells Built Only of Wood and Clay 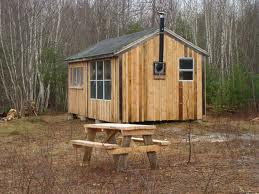 One day, when Francis had left the cell, one of the friars went to look at it, and afterwards came to the place where blessed Francis was. Seeing him, the holy Father said to him, "Where have you come from, brother?" "I have come from your cell," he replied. Then blessed Francis said, "Because you have called it mine, some one else shall use it henceforward, and not I." For we who were with him have often heard him quote the saying, Foxes have holes, and the birds of the air have resting-places; the Son of Man has nowhere to lay His head... So, after His example, he would not have any house or cell that could be called his own, nor did he ever have one built.

(Even at the time of his death Francis had it written in his Testament that all cells and houses of the friars were to be built only of wood and clay, the better to safeguard poverty and humility.) 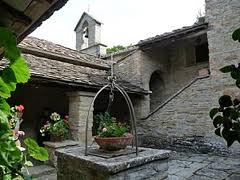 
A legend from the friary at Monte Casale: Here every year the brethren plant a cabbage in the garden and let it flower to remind them of the time the saint bade two young brothers plant some cabbage plants upside down. One did, but the othe...r knew better and planted his right side up. St. Francis dismissed the second brother, for, he said, it had been a test of obedience, not of planting cabbages.

Soaring to the Heights in Contemplation 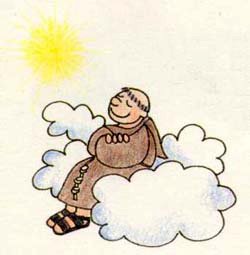 Brother Bernard of Quantavalle's mind was utterly freed and detached from earthly matters that he used to soar to the heights of contemplation as a swallow flies high up into the sky. And sometimes for twenty days, sometimes for thirty days, he used to stay alone on the tops of mountains, contemplating heavenly things. 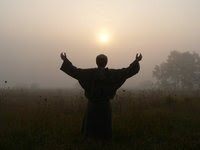 How much grace God gave the poor men who followed the Gospel and who voluntarily gave up all things for the love of God was manifested in Brother Bernard of Quintavalle who, after he had taken the habit of St. Francis, was very frequently rapt in God by the contemplation of heavenly things.
Thus one time it happened that while he was attending Mass in a church and while his whole mind was on God, he became so absorbed and rapt in contemplation that during the Elevation of the Body of Christ he was not at all aware of it and did not kneel down when the others knelt, and he did not draw his cowl back as did the others who were there, but he stayed motionless, without blinking his eyes, gazing straight ahead, from morning until None.
Saint Francis of Assisi
Little Flowers of St. Francis - 28