Of The Bird That Rested In Francis' Hands 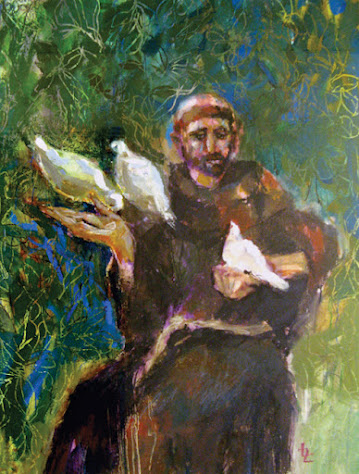 When the blessed Francis was going across the lake of Rieti to the hermitage of Greccio, he was sitting in a certain little boat. A certain fisherman offered him a waterfowl, that he might rejoice over it in the Lord. The blessed father accepted it joyfully, and opening his hands, he gently told it it was free to fly away. But when it did not wish to leave, but wanted to rest there in his hands as in a nest, the saint raised his eyes and remained in prayer. And returning to himself as from another place after a long while, he gently commanded the bird to go back to its former freedom. So, upon receiving this permission along with a blessing, the bird flew away, showing its joy by a certain movement of the body.