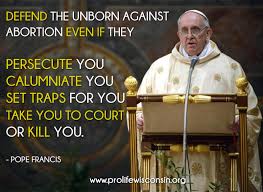 As a member of the Richmond Catholic Community Gospel of Life Committee, it is with a heavy heart that I come forward with the unsettling truth that the Richmond Catholic Community in Richmond, Indiana takes "Second Collections" at Sunday Masses that goes to fund Abortion Referral Groups, groups that fund Aborted Baby Stem Cell Research, and groups that distribute condoms to prevent unwanted pregnancies,  both in the United States and abroad. This is in clear violation of the teachings of the Magisterium of the Roman Catholic Church and must come to an immediate and abrupt halt.

Before I go any further, I would like to say that there are many extremely worthwhile organizations that our Community takes up collections for and the Pro-Life Committee wholeheartedly endorses these outstanding groups. Please note that some of these were mistakenly placed in the wrong category but they have since been corrected. We apologize for any inconvenience this mistake may have caused anyone. These magnificent organizations include, but are not limited to, the following: 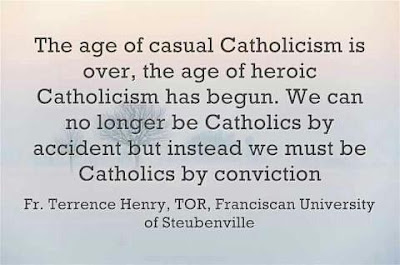 Two years ago the Committee heads asked that I research some of the groups we are taking collections for. Here is a brief listing of those organizations who provide Abortion Referrals, Abortifacients and Embryonic Stem Cell Research (from Aborted babies):

2.  Campaign for Human Development
Provides funding for Planned Parenthood, the nations number one provider of Abortions in the United States as well as distribution of condoms to low income families and African nations.

3. Immigrant Welcome Center of Indiana
Upon review of their web page, it was discovered that this group lists 5 Abortion clinics they refer their clients to

5.  Catholic Relief Services
As the U.S. Bishops’ development agency was taking heat last summer for handing out over $5 million to the abortion-supporting group CARE, they were in the midst of giving a total of $13.8 million in grants to the same pro-abortion group during 2012, according to its recently-published IRS filings.

6. CCHD (U.S. Bishops Campaign for Human Development
As the U.S. Bishops’ development agency was taking heat last summer for handing out over $5 million to the abortion-supporting group CARE, they were in the midst of giving a total of $13.8 million in grants to the same pro-abortion group during 2012, according to its recently-published IRS filings.

7. United Way
United way is number one in funding to Planned Parenthood International, the number one provider of Abortions in the United States of America and Europe/Africa. They say that you can earmark your giving to specific groups. However, upon further review, it was discovered that ten percent of all local donations are automatically sent to United Way corporate headquarters for re-distribution.

Please keep this in mind the next time the collection basket gets handed to you at Mass.

Thank you and may our Eucharistic Lord continue to bless each and every one of you and your families.

Chris Dickson, F.L.A.,  is the Servant General of the Franciscan Lay Apostolate located in Jerusalem, Ohio, the diocese of Steubenville, Ohio


The First Sunday of October is always Pro-Life Sunday. It is also the day we do the "Life Chain" in our local communities throughout America. What a magnificent group of young adults from the Richmond Catholic Community Youth Group in Richmond, Indiana. 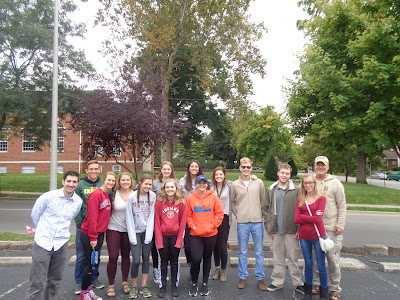