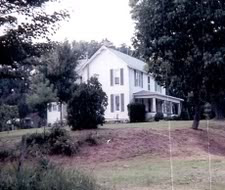 Dear Brothers and Sisters in Christ,

It's times like these that tempt Catholics to throw in the towel and give up on the culture of despair.

Greed and corruption have wreaked havoc on our nation's economy. Euthanasia just received Washington State's stamp of approval. And all the pro-life victories of the past decade are now in jeopardy. It's the perfect storm for despair. But despair is the last thing we should do.

In troubled times, Christ calls us to pray, to trust in his perfect will, and to cooperate with his grace.

Ultimately, Christ calls us to hope. He calls us to remember that for Christians, peace does not rest on who wins an election or on the value of our stock portfolios, but in a loving God who “in everything...works for good.”

Of course, God doesn't just call us to hope. He gives us reasons to hope and signs of the good things to come.

I truly believe one of those reasons, one of those signs, is the Portiuncula Franciscan Hermitage and Retreat Center.

While many other Catholic institutions have sold out to the culture of death, the Portiuncula, along with a few others, has fought steadfastly for a culture of life. It has faithfully stood alongside the Church, forming men and women capable of true leadership and committed to bringing Christ to the culture.

United in the Roman Catholic tradition and obedient to the Magisterium of the Church and the Bishop of Steubenville, we are committed to our Lord and Savior in the Scriptures, the Eucharist, the Sacraments of the Church and in our Brothers and Sisters.

With God's grace and your help, I believe past Portiuncula retreatants and those soon to follow in their footsteps will lead our culture and our country out of these troubled times.

That is why I invite you to share the work of these Catholics and the Portiuncula Hermitage that is forming them.

First, allow them to pray for you.

Prayer is the lifeblood of the Portiuncula Hermitage, and the Franciscan family would be honored to include you in their prayers. Please e-mail your most pressing intentions to: hermitage@parallax.ws

Everyone at the Portiuncula will pray for your intentions before the Exposition of the Blessed Sacrament and at Mass.

In turn, please pray for the Portiuncula, that it might continue to form leaders who can be salt and light to our world.

Finally, I would be grateful if you supported the work of building the Portiuncula Chapel with a generous financial contribution.

Your support of the Portiuncula will make it possible for the sons and daughters of the Church to grow in faith during their retreats, and become the courageous Catholic leaders the world desperately needs.

Today, I want to ask you to become a partner in the Portiuncula's mission to build the Portiuncula Retreat Center by simply donating $5.00 $10.00 or $15.00 a month.
PORTIUNCULA FRANCISCAN HERMITAGE/RETREAT CENTER
ON LINE DONATION

Or mail your Alms to: