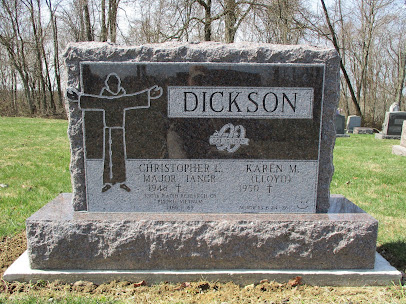 Our tombstone at the Immaculate Conception Cemetery in Ozark, Ohio
Francis described true and perfect obedience under the simile of a dead body. 'Take up a dead body,' he said, 'and lay it where you will. You will see that it does not resist being removed, or complain of its position, or ask to be left alone. If it is lifted onto a chair, it does not look up, but down. If it is clothed in purple, it looks paler than ever. In the same way, one who is truly obedient does not question why he is moved, does not mind where he is placed, and does not demand to be transferred. If he is promoted to high office, he remains as humble as before, and the more he is honored, the more unworthy he considers himself.'